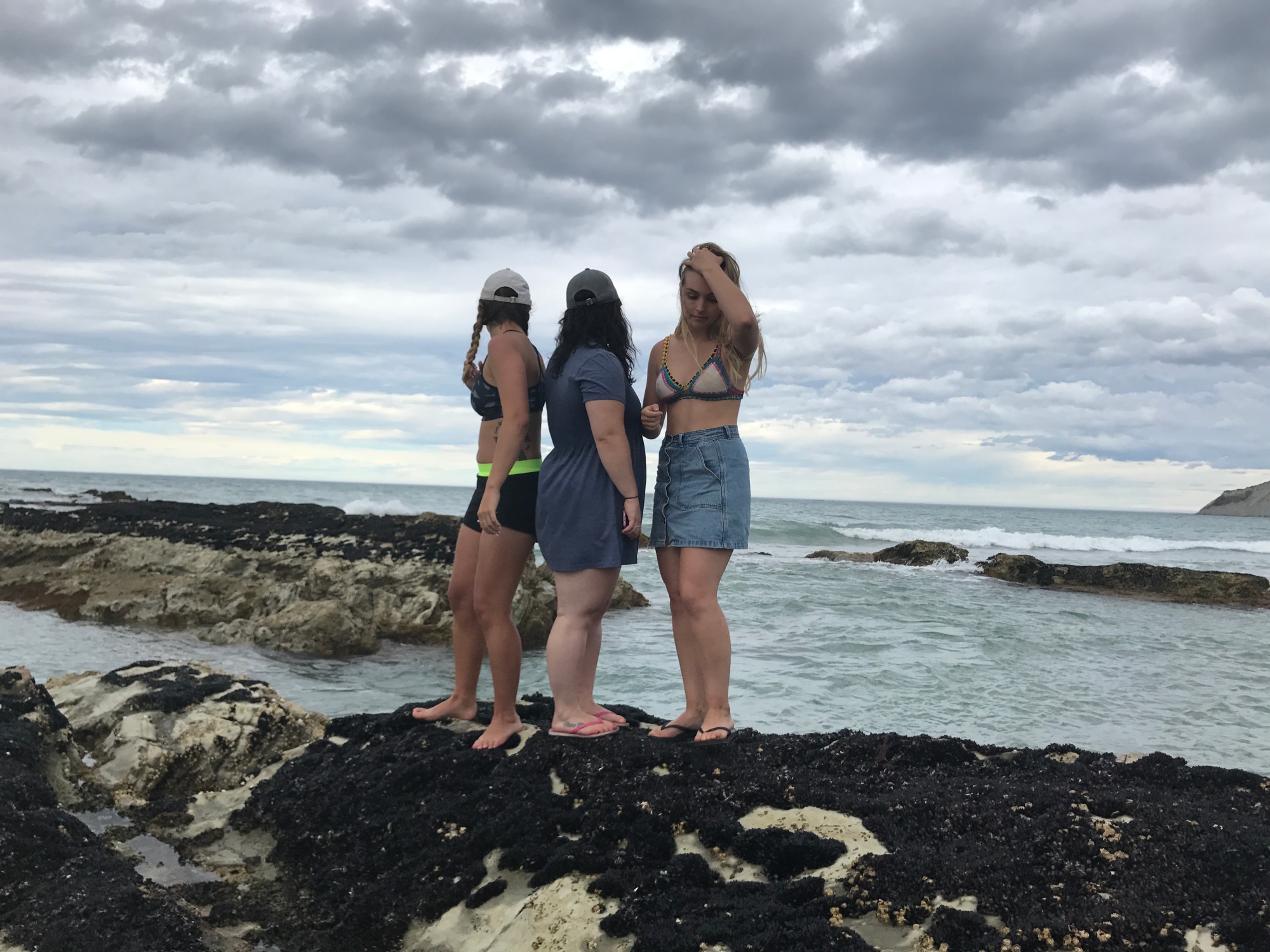 Feminism: “The belief that men and women should have equal rights and opportunities. It is the theory of the political, economic and social equality of the sexes.”

So why do we live in a world where Feminism is the new F word? Unspoken yet so against it?

Sure we can blame the media for its constant representations of bra-burning lesbians who hold their heads up high and shout about how they don’t need a man.

But who are we really fooling here? Take a good look at yourself and open your minds to what the true meaning of feminism is and how we should all embrace it if we ever want to see change in this world.

Emma Watson shone a light on feminism recently for the ‘HeforShe’ Campaign as a UN Ambassador. We grew to love her in Harry Potter so I think we all listened a little more when she got up and said what she did. “I started questioning gender-based assumptions when at eight I was confused at being called “bossy,”
I decided I was a feminist and this seemed uncomplicated to me. But my recent research has shown me that feminism has become an unpopular word. Apparently I am among the ranks of women whose expressions are seen as too strong, too aggressive, isolating, anti-men and, unattractive.”

There is undeniable truth that we conform to these anti-feminist stereotypes for fear of rejection or being labelled as different. I’m sure a lot of us grew up having these experiences but thinking nothing of it because no one else did. Being labelled “too nice” often translates to putting up with things in society I am uncomfortable with and should never have to put up with.

We smile when we get harassed on the street or ‘wolf-whistled’ by a passing car. We laugh at sexist jokes and scenarios and when we learn we have strong opinions we get called bitches or if we say no to something we get called pussies.

I will be lady-like when I want to be and need to be but I am certainly not going to be forced to act or dress or smile a certain way just because I have to. I want the freedom to be able to make that choice for myself.

So why is this word such an uncomfortable one? Emma and I can tell you that.

I think that as a woman I deserve to be paid the same as my male counterparts. I think it is right I should be able to make decisions about my own body, and the same for others. If you don’t agree with it, fine but at least respect it. I do think it is right that women be involved on my behalf in the decisions and policies of this country. But above all, I think there should be no question that socially I am afforded the same respect as men. It is not a hard ask, but sadly I can say there is no country in the world where all women are afforded the same respect to receive these rights. No country can yet say they have achieved the gender equality divide – what age are we living in?

And these rights are what I consider to be human rights but I guess compared to so many other women in the world, I am one of the lucky ones. I see my life as privileged because my parents didn’t love me any less because I was born a girl. My school in turn afforded me these same privileges and did not limit me because of my gender. My bosses and my coaches did not assume I would go less simply because I could give birth to a child one day. These people are the gender equality ambassadors that made me who I am today and who are the inadvertent feminists who are changing the world. They may not know it and that’s the point. Feminism shouldn’t be made to feel like a big deal, it should be a natural progression of society. We need more of these people.

If you still hate the word try seeing it as not the word that is important here but rather the idea, the heart and the ambition behind it. Because not all women have been afforded the same rights as what you or I have had growing up. In fact statistically, very few have been. Infanticides, the act of killing children within a year of birth, can be attributed to millions of fewer females than males in Middle Eastern countries, and in Afghanistan women who go to college can be considered justifiable grounds for disfiguring.

We still need feminism because when people get married it is assumed the woman will take the man’s last name. Because when women are assaulted, they are often the ones who feel ashamed. Because, sometimes, a movie’s rating depends on how much a female appears to be objectified in a certain scene. Because we teach women how to prevent rape, instead of teaching people to not view women as objects. Because women are told that walking alone at night makes them “an easy target.” And because our bodies are still being legislated, because McDonald’s still asks us if we want a girl or boy toy.

Men- gender equality is your issue too and this is why. To date I have seen my father’s role as a parent being valued less by society despite my needing his presence as a child just as much as my mother’s. Fathers are equally entitled to maternity leave, to have the choice of being a stay-at-home parent. Or for males to not feel uncomfortable about becoming an early childhood teacher or a nanny.

Men are imprisoned by these gender stereotypes just as much as women are and you can see that when these chains are broken and they are free, that this will change for women as well as a natural consequence.

Men don’t need to be aggressive in order to feel accepted by our peers so that women won’t feel compelled to be silent and submissive. If men don’t control, women won’t have to be controlled. Both should feel free to feel sensitive and strong and not be judged because of it. It is about time we perceive gender as a spectrum and not a set of opposing ideals.

Being a feminist has nothing to do with how you look, what your wear, who you date or how often you have sex. It simply accepts these things as free entities that should not be silenced or judged. Being a feminist doesn’t mean you think women deserve special rights; it just means you know we deserve equal ones. As one of its core purposes to empower women, it does not mean feminists view all women as weak and oppressed. We aren’t aiming to make women stronger; let’s be honest we already know we are. We just want society to see that as well.
And we don’t need to do this by belittling or punishing men for this. Men suffer from these gender-based assumptions forcing them to act and live a certain way. Each person should be viewed based on their individual strengths and capabilities as a human being, not the strengths and capabilities assumed of their gender.
It doesn’t mean we are telling men and women what to do, feminism gives individuals the freedom to be able to choose for themselves – be a stay-at-home parent, an electrical engineer, a farmer or a business CEO. With its purpose of creating an equal society, we can achieve great things not at the expense of others.
The idea that we are still proudly declaring we don’t need feminism or aren’t educated to know enough about what feminism means at its core is alarming and frightening if we want to progress in society. That you are ok with the indifference and injustice in the world that it has been accepted as a way of life, that you are looking the other way to these issues and that you are genuinely convinced that we are doing the world a favor by hushing feminist attempts.

Some of us are quite content with the way things are and that the need to not voice our thoughts on matters like this is okay. But there is a big difference between being indifferent and being ignorant. And that difference involves speaking out about issues such as feminism when your opinion is based on misguided information and false assumptions which is where we have a problem. So why do we need feminism? For the same reason screenwriter John Whedon gave when asked why he writes such strong female characters, “Because you’re still asking me that question.”

Why shouldn’t women and men seek equality? Why should we have to put up with being silenced all our lives? A simple answer is that the patriarchal society in which we live is intimidated by feminism, and the idea of women having an opinion on the way we are treated and being prepared to fight and have a voice. Let us hope this isn’t the case. Let us hope we don’t live in a society where people are scared to change for something that is beneficial to the progression of society as a whole.

So reassess where you are and what you are doing and whether you deserve the right to more in life. Don’t settle for these things just because it is easier to be subjected to injustices than to fight for a voice. Be proud of being a feminist and focus on changing these perceptions one person at a time.