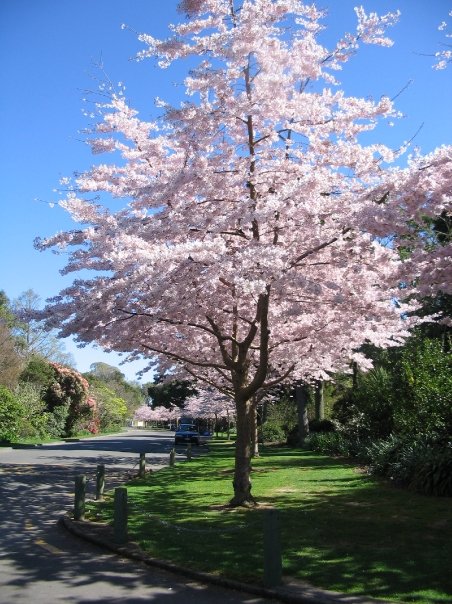 2016 has seen the sad loss of two of Britain’s brightest stars – music legend David Bowie and the hugely talented, versatile actor Alan Rickman. They both succumbed to cancer. The dreaded C Word that can mean so much to so many people. That can strike at any time to anyone. This is the real threat, and the silent killer.

I’m going to be pretty honest with you and say that cancer is earth’s version of hell. If this was God’s plan, it was a pretty shit one.

Cancer breaks families, it is like a slow ticking time bomb that has everyone affected pausing their lives for it. It steals a victims identity and gives them an ultimatum that they never thought would exist for many more years to come. It is not a lesson, rather a crap roll of the dice.

You don’t deserve this, no one does. In fact it is often the ones who have lived their lives full and great that cancer preys on. And almost for no reason at all, instead it’s comparable to the surly teenager whom asked why they did something would simply just reply with “coz I can”.

My uncle lost his battle in the space of 5 months. We were at the age where we could not comprehend a death of this extreme measure so close to all of our hearts. Our family eventually learned to grow and love again but still with a piece of the puzzle missing. It got easier over time but it was never the same. It didn’t have to be this way, but I guess that’s how cancer works right?

My grandad had a battle and won but lost it to another. If this was the path he was on why would we have wasted his last months and years going to constant radiation appointments, when the only time he got left felt like seconds. He was my light, my best friend and my constant source of entertainment. I guess I was just lucky enough to have the last memory of him to be the one of giving him my best bear hug and telling him I loved him.

My family friend lost his battle after 10 long years of going up and down the see saw. What kind of life does that give someone? A family too broken to leave the house. Children left without a father to share in the wonders of being walked down the isle or giving him grandchildren.

You tell me which one of these situations was a blessing in disguise? A lesson of life as we know it? It’s nothing like that. It’s cruel, it’s unfair and it makes you question the point of finding happiness if it can all get taken away just like that.

Some are afraid of the C word for fear it will grow inside them. Skirting around the topic is easier, perhaps because somehow saying it out loud it will make it a reality to the ones we love so dearly.

Cancer is a name given to a collection of related diseases. In cancer, some of the body”s cells start dividing, but don’t stop as they normally would – creating abnormalities. They can start just about anywhere in the body and at any time. They can spread locally and to distant parts of the body- then you know you’re in trouble. It can give you weeks, months or even years to live. It can leave you in remission or slowly eat away at you until the only way out is death. But I guess for me that is the hardest part to comprehend. Imagine feeling a bit sore, or tired or coming across a lump you had never felt before then being told you were a ticking time bomb and handed over your death certificate. How would you have known otherwise? What gives cancer the right to decide this fate?

I suppose the upshot to all of this is that in 2016 cancer sometimes doesn’t necessarily constitute a death sentence anymore. I guess in that way surviving from something so powerful as cancer is a lesson and a gift in itself, irrespective of the fact that you didn’t deserve it in the first place.

Historically, there were no treatments available for cancer, so the outlook was poor. However, over recent decades huge advances have been made in cancer treatments – including chemotherapy (drugs) and radiotherapy (radiation treatment). Survival rates are now much greater. There are still many cancers which can’t be “cured”, but in most cases there is treatment available that can help extend your life. And I am thankful for that.

Seeing your loved ones in unavoidable pain is the worst pain of all. To lose their personality and the person they once were as every day counts down is unimaginable.

Somehow today we are now bombarded with articles and media circles telling us what we can and can’t do or eat to avoid getting cancer. Stop smoking, if you have more than eleven moles on your right arm then you are screwed, don’t eat dark toast, don’t have a Mediterranean diet, don’t use cooking oil, avoid bacon like the plague, skip the booze, and eat as much broccoli as you could possibly fit into your diet. Then one day you’re hit with it… “you have cancer”.

In all honesty the answer to avoiding cancer is that you can’t.

I’m sure we heard of the inspirational student named Jake Bailey who just one week before giving a speech at his end-of-year prize giving, was told he had only weeks to live if his fast-growing Burkitts non-Hodgkinson lymphoma went untreated.

He gave the most fitting speech imaginable.

“The thing about facing death is that you get to rethink exactly who you are and who you want to be if you are lucky enough to get the chance. I want to make a difference more than ever before. Our lives are simply too fleeting not to.”

“None of us get out of life alive, so be gallant, be great, be gracious, and be grateful for the opportunities you have. We don’t know where we might end up, or when we might end up.”

They say cancer becomes more real and likely with age. How do you explain this to an 18-year-old boy who has been told he has just weeks to live? How can you even possibly begin to comprehend this so real and so unfortunate life event?

No one really knows though do they? There isn’t some mastermind behind the curtain pulling levers and telling cancer where to strike next. No amount of doctors can tell you how long you have left when diagnosed. You want them to tell you for a sense of reassurance and hope for a possible future. They can’t tell you what treatments will work. “Nobody knows the future” isn’t something you want your doctor to say.

I think the worst part is not being in control of these decisions you make for your life. That’s the worst fear of all.

If cancer can teach me anything from my experiences, it’s that how we talk about something informs how we see it. Susan Sontag famously wrote in 1978 about how military terminology is used wrongly, to discuss illness. Even with increased survival rates since her own diagnosis and more people simply just living with cancer and living with the time they have left rather than “battling it”, the more the metaphor is even less helpful. But the vocabulary persists: cancer is an invasion, an unplanned attack on your troops. Our patients wage war against the army of rapidly multiply cells. If you’re a survivor and a conqueror then how does that work? Sick as well as healthy, but somehow trying to stop an invasion for a disease that isn’t on the attack but lying in wait? If cancer devours the mind, does that mean you were a poor general?

I suppose the only metaphor that really works is dual citizenship: belonging to the world of the healthy and hearty as well as the land of death and despair. Survivors fight for each new day, each new breath because it should not be taken advantage of. You were lucky and are something of an expatriate of your former life.

I am so thankful to those around me for waging that war, fighting and winning. But it was an unnecessary fight at the end of the day. No one deserves that diagnosis when going in to see the doctor for a check up.

Let us soldiers go forth into life with eternal bravery and gratitude for getting to where we are right at this moment. Appreciate the life milestones for all their worth. If cancer comes knocking on your door see it as a lesson in life as we know it and put up one hell of a fight. I know my family did, and that’s all we can ask at the end of the day.

“We are here for a good time, not a long time”