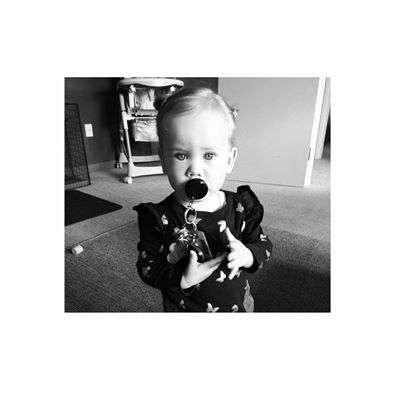 I often have to stop myself as I’m walking along the street some days and putting on my ‘judgy’ face. You know the one- looking up and down at our peers and their fashion sense, the way they walk, their kids, their smile. We judge because it’s in our nature to. All for some sort of reassurance that the way we live our lives is somehow superior to the life of someone else. I have learned so much of what it means to not judge a book by its cover in the space of 15 months. It was 15 months ago that I became an honorary aunty to my beautiful best friend’s daughter.

Choosing to raise a child on your own isn’t an easy feat. It’s brave and it’s courageous. But all these beautiful things that you get to witness first hand mean nothing in a society today so filled with toxic people who judge you at face value without even giving you the respect to know you. A single mum constitutes immaturity, giving up on your life, or quite simply just doing it so the government can give you a living allowance.

Back way back when, you couldn’t even hold your own child until it was whisked away and raised by those who fit the bill as the nuclear family of the generation.

In April of 2014, my friend called me to say, in amongst the tears, the fright and the million thoughts trying to process in her head, that she was pregnant. I did what any friend would do at the time and I hugged her. I wasn’t sure how it would all play out and at times I had my doubts. But I came to the realisation that as friends we don’t judge, we offer our support and we love one another unconditionally. She didn’t deserve the opinions of those who thought they knew better or the stares when the news broke in a small town.

She made the decision for herself, when everyone thought they knew what was best for her. Single mothers like her are smart, loving and hard working. They deserve to be treated as such.

And the same goes for all single mothers and fathers out there.

People often ask where the other half is in the child-parent relationship. Often at times there is no answer and there doesn’t necessarily have to be one. There doesn’t need to be this sense of justification. Loving families exist in so many different configurations and come about in so many different ways. Our culture somehow tends to pity and shame the single mothers. The support network my friend and her child have is incredible. But this is the age we are stuck in. This idea that a nuclear family is the only way to raise a child.

There’s always an assumption that single motherhood results from a woman’s poor decisions and that parenting alone can’t possibly be a fit way to raise children. Until witnessing an experience like this first hand, it is something you cannot base assumptions around. She is the happiest and most gorgeous little girl I have ever had the privilege to know. She laughs, smiles and dances and has the personality that can light up a room. She loves Finding Nemo, Elmo and Mickey Mouse, but above all else she is loved unconditionally.

For so many of us in this world, raising children has been an ultimate desire, not a struggle to avoid. Rather it’s an exciting opportunity to come up with solutions and routines for your everyday life. My little niece may not have the new clothes or the latest and greatest, but that’s ok because I’m sure we all don’t picture ourselves to be rich, rather to imagine we’d be happy. My friend and friends of hers alike sacrifice a lot for the happiness of their child. Not for recognition or the opportunity to gain your respect. She doesn’t work 24 hours a day 7 days a week to earn your respect. She’s a born natural living her life how she wants to live it. We all have that right.

Being the best mother you can be can mean being a mum alone, at least for now. Devoting yourself to motherhood is one of life’s greatest achievements and pleasures in life. It eliminates the stressors that can arise from incompatible parenting approaches. Parenting alone allows you to make the best decisions for your child without needing to compromise for anyone.

There’s an assumption that a child raised with one parent suffers due to a lack of devoting as much time and energy to the child. Outside of the eight hours each weekday, she will always be the focus. Playing, eating, reading, watching, and talking.  The challenges single parents face are the same as how many coupled parents work. It feels like there is never enough time. You get used to filtering the essential needs with things that can wait. You make time for the ones that enhance your life and you feel ok saying no when you just want to curl up and spend quality time with one another in the comfort of your own home.

And we may judge others for that. But we do what’s right for us without need for justification or guilt. It’s not unusual to have a few loads of clean unfolded laundry stacked in a corner, or toys scattered, or food on the floor. Sometimes a bit of chocolate may be the best medicine. But nutritious dinner times, time to read and sleep will always get bumped before folding laundry.

I will forever be questioning the assumption that the nuclear family is the best way to raise kids. Whether your child is raised by a single parent, two gay or lesbian parents, grandparents, or a mum and dad, never think you can deny someone the dream of having and raising your own child. Just know they will be loved unconditionally no matter what.

To all those out there who think it is their right to have a child, to be abusive, neglective or otherwise. Motherhood is a crucible way of wringing out a woman to see if she can still be her best at her worst, her strongest at her most vulnerable, her most thoughtful at her most exhausted. Like any good test, it has its fair share of failures. But you never hear about the successes do you?

As a single parent you have the freedom to chose what life you and your child will lead, and what the future will hold for you both. My friend will have a partner to share this joy with one day- I’m certain of that. But for now, the focus is on raising her child, and she is still at the beginning of that journey.

And for all of you out there who have an opinion, there is a difference between saying something and actually living it.