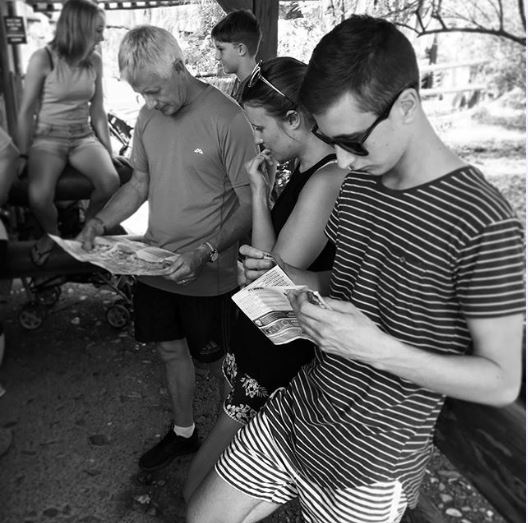 From daily tooth-brushing to that 11am coffee, we all have dozens of habits that get us through our daily routine. Some are great – those weekly gym visits are often encouraged,  but others not so much, like smoking a pack a day, or finding yourself at the McDonald’s drive through all too often. Because we recognise our habits as useful or detrimental behaviours, we often strive to shape them accordingly.

I’ve been a nail-nibbler for most (if not all) of my adolescent life. Barring a few instances where I was able to kick the habit for a few months, I’ve been a tried and true nail biter since I was, oh I don’t know, let’s say 6. I’ve hated every minute of it and I’m now 22. This is kind of like an AA meeting with myself right now… “Hi my name is Danielle and I have a problem”.

Any nail-biter will tell you this, but it’s embarrassing. Especially in an office where people point it out to you. When you introduce yourself to someone, the first thing they see aside from your eyes, is your hand. To extend a hand that has raggedy, chewed up nails, essentially announces to someone that you have anxiety. Not to mention, it visually drives me insane and the guilt isn’t great either. I wouldn’t go as far to say that it’s soul-crushing, but it’s definitely not great.

Just about everyone has had at least one nail-biting moment in his or her life. Maybe you found yourself with nails between teeth while sitting through a boring class lecture, anticipating a career-changing job interview, or anxiously running late for an appointment.

Biting your fingernails is a habit that quite often starts in childhood. Around 60% of children and 45% of teenagers bite their nails. Apparently nail biting becomes less common after age 18, but alas it can continue right into adulthood. And many are often unaware that they are biting their nails until it’s too late, and that my friends is what we call a habit.

Nail biting, among other habits has both physical and emotional consequences attached to it. If you’re a regular biter like me then welcome! We are the ones whose aim it is to bite our cuticles and our nails until it leaves our fingers red and sore. Sometimes the area around it bleeds, and sometimes our nails are so short that the sharp stinging sensation is unbearable. That’s just the start because they could become infected. Bacteria and viruses can pass from your fingers to your face and mouth and make you vulnerable to infection.

Many have likened biting your nails as the equivalent of licking a toilet seat. That hasn’t stopped me though. Neither has the yucky tasting nail polish, fake nails, hypnotherapy or carrying round a nail file. So what is there left to do?

To find my inner willpower.

Everyone knows that it takes 28 days to develop a new habit, or maybe 21, or 18, depending on who you ask. Anyway, the point is that it’s a specific number, which makes it sound scientific and therefore indisputably true. We probably owe this particular example to Maxwell Maltz, the plastic surgeon who wrote a 60s bestseller titled ‘Psycho-Cybernetics’. Stay with me here… he claimed to have observed that amputees took an average of only 21 days to adjust to the loss of a limb. Therefore, he reasoned that the same must apply to all big changes and therefore a habit.

Other top dog University psychologists have labelled such a thing as poppycock claiming that on average, subjects trying to learn new habits such as eating fruit daily or going for a run, took a depressing 66 days before reporting that the behaviour had become unchangingly automatic. So I think we can all conclude that it depends on the individual. Some could take 18 days, others 245 – and some habits can unsurprisingly be harder to make stick.

And don’t tell me to simply just ‘STOP’. Gee thank you Einstein I wish I had thought of that sooner. Instead, this is my new approach… Self-help. I’m clinging to the 28-day rule, because it makes habit change sound plausibly difficult, yet basically easy. I’ll document each day as it comes and see whether the 28 day rule works, or whether I need to go through some sort of electro shock therapy to find a light at the end of the tunnel that would allow me to ever kick my habit.

It’s never easy though because changing habits is hard. I’ve been programmed to bite my nails every time I experience a certain feeling for the past 15 years. We are all ‘cognitive misers’ – meaning our brains are designed to take the short cuts, rendering as many behaviours as possible automatic.

The subtler problem is that we tend to think about habit change in the wrong context. We get trapped in this paradox: we want to stop watching so much TV, yet we keep doing it , so what we really want, it seems, is to stop wanting. We are a mirror of what the Greeks called ‘akrasia’ meaning we decide on the best course of action, then do something else. The way round this apparently is to see that habits are responses to needs. This sounds obvious, but countless efforts at habit change ignore its implications. If you eat badly, you might resolve to start eating well, but if you’re eating burgers, chips and ice cream to feel a sense of comfort, relaxation and happiness, trying to replace them with kale and carrot juice is like dealing with a leaky bathroom tap by repainting the kitchen. It’s not a better diet that’s required, it’s an alternative way to feel comforted and relaxed.

So, the question remains… How do I fulfil my anxious and nervous breakdowns without the urge to bite my nails?

Breaking this kind of habit means breaking the link between the behaviour and the reward. It can be done, you just have to arrange the appropriate contingencies. Start small, by giving a new reward at the end of the day by not engaging in that habit and keep building. Then eventually the behaviour will drop it’s old reward value and the new non habit will take it’s place.

We are creatures of habit, and change can be difficult, inconvenient, scary and terrifying. We are a society constantly in search of perfection and a quick fix. Books, life coaches, therapists and gurus can all promise to help us break our bad habits. The promise cannot be made unless you are prepared to do it for yourself, for the right reasons, and for the long haul. I always believed I could fight this habit, I just hadn’t found the right way to do it yet.

Day One: Have had to slap my hands away from my mouth on numerous occasions. Have picked at my fingers, but have resisted the urge to do any real damage. So far so good. Danielle: 1 Nails: 0

Day Two: Tried to over compensate for my habit by initiating other strange behaviours- tapping my hands loudly on furniture featured highly. Forced myself to stop picking my leftie with my rightie. Go me!

Day Three: The biting isn’t the problem at the moment. Instead it is the constant over thinking of my nails and how they look. Bizzare if you ask me. How are there ways to get over thinking about them?

Day Four: The loose bits of skin that you can’t help but pick have been my arch nemesis today. Not the best game I’ve ever played.

Day Five: SKIN PICKING! I mean I suppose it is one step better than putting my nails in my mouth but still. I’m more aware of other people that bite their nails around me now, is that part of the process? I don’t know.

Day Six: I painted them! Pretty in pink. I really don’t have as much confidence as what I would have liked to kick this habit… But hey still early days. Every time I think about it, I just remind myself of the killer germs lurking.

Day Seven: A week has passed!! No nail polish has been nibbled! I’m calling a successful day!

Day Eight: Been too busy to think about biting nails. I’m striving towards perfectionism here. Nail polish is still intact.

Day Nine:  I still keep staring at them like they are fingers made of some sort of rare gold…? No nibbling as of yet though.

Day Ten & Eleven: I’m even merging my days together now because that is how much of a roll I am on. My nails look pretty for once in their life! Except I’m worried that I’ll obsess over them and pick at them in a bid to strive for absolute perfectionism. Ergh. Why this habit…

Day Twelve: I need some more nail polish to hide them! I’m scared that I’ll start picking and create an avalanche of habits. They look pretty though and they are perfect for scratching.

Day Thirteen: Repainted. Check! Even bought some nice nail polish to go with my landmark thirteen day record. Thinking yucky thoughts everyday in case I have a relapse.

Day Fourteen: They are getting long and in the way now! I’m worried that they’ll break and I’ll get agitated that they aren’t perfect and resort to the nibbling technique… First world problems.

Day Fifteen:  Having nails that are the same length of your finger is a bizarre feeling…

Day Sixteen & Seventeen: OMG I broke a nail! I thought I’d never say that. Anyway crises averted, I found my trusty file and we were primed to carry on our day.

Day Eighteen & Nineteen: Went away for the weekend, entered new territory and I didn’t get anxious! A couple of occasions I found myself with my hands in my mouth but I stopped it because I am getting good at this habit breaking stuff!

Day Twenty: Eight days to go apparently. I think I might be taking a bit longer… Still, I haven’t relapsed yet!

Day Twenty One: I felt obliged to ‘show off’ the nails today. It was met with a few “OMG LOOK AT THEM” Yes that’s right…

Day Twenty Two: The real test will be when I have to cut them for netball. Will I go back to my wicked ways? I don’t feel inclined too… I feel like Gollum off Lord of the Rings MY PRECIOUS.

Day Twenty Three: I might actually be able to kick this! 5 days to go…

Day Twenty Four & Twenty Five: Only three days to go! I filed them as well so they’ll be extra strong and unstoppable!

Day Twenty Six: It’s like my nails are nothing but a distant second thought now. Maybe this magical 28 day number really works? Just goes to show though that you can’t focus on breaking a habit unless you want to do it for yourself..

Day Twenty Seven: Dreaming of the day where I can go in and get a real deal manicure!

Day Twenty Eight: IT’S DONE! I must admit… I think it’s worked. Not to toot my own horn or anything. The thing I’ve decided with a habit is that you can’t force yourself to make a change. You have to really want to do it for yourself. And that’s what I did. 28 days clean, cold sober. I’m off to get a manicure!

One thought on “Creatures of habit.”